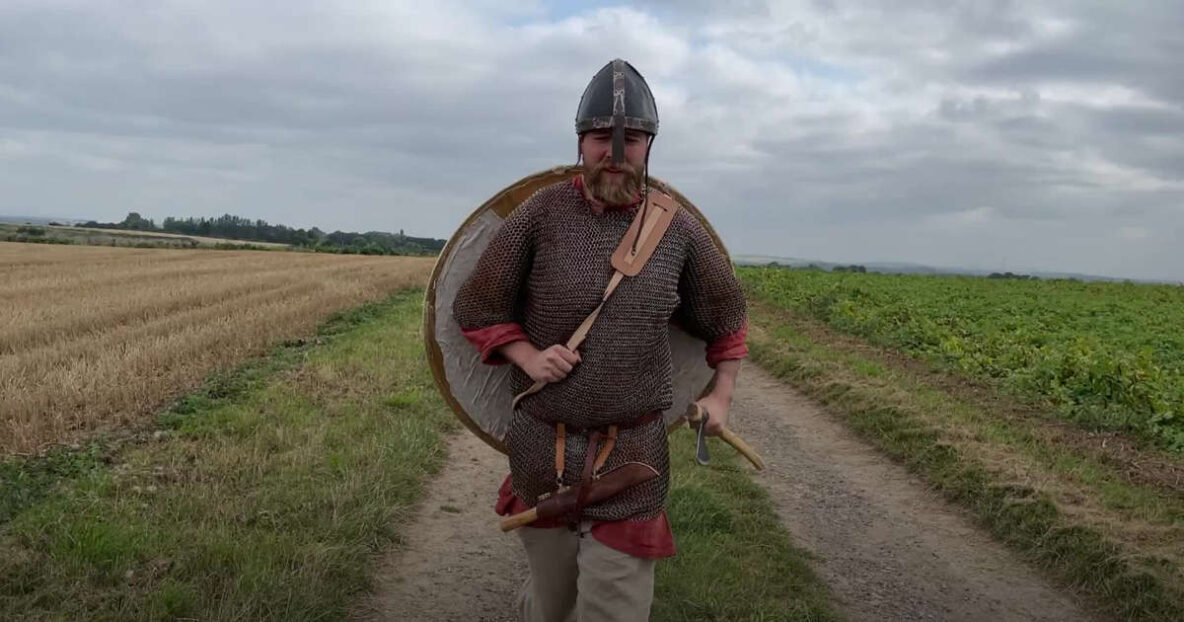 Huge thanks to Tom for completing an amazing fundraiser for the HSP Support Group! On the 11th September 2021, Tom completed a 17 mile run in over 15kg of Viking battle gear, and has raised nearly £4,000!! Not only that, but his adventure attracted national press interest! https://www.itv.com/news/calendar/2021-09-10/north-yorkshire-man-dons-full-viking-outfit-for-17-mile-trek

Tom, we are hugely grateful to you – on behalf of all members of the HSP Support group – THANK YOU.

My father-in-law has HSP and I’ve witnessed his struggle with it over the years I’ve known him. I’ve always admired his determination and quiet strength of character in the way he keeps cracking on the way he does. About two years ago we got the news that my wife, Becca may have the gene which causes the disease. It was a 50/50 chance as to whether she would have it. If she had it, then our little boy Bertie would have the same chances. At that time Becca was also pregnant with our little girl, Henrietta. Worrying times, to put it lightly.

I approached the HSP Support Group to ask for advice. I wanted to know more about the disease, and start to work out how I can support Becca and the family if it turned out they had it. They not only offer support to HSP sufferers, but they also help fund research into curing this horrid disorder. They were very helpful, and I remember them saying “we’re here for her” at the end of the call- that really stuck with me.

When we got the news through that Becca, and therefore the children were all clear, and didn’t carry the baddy gene, the feeling was incredible- a mix of gratitude, elation and relief. We were on holiday on Arran at the time, and the following day we both swore that everything seemed more colourful than before.

The charity assured me that they’d be there to support us, if it came to the worst. Now I’d like to do something to support them.

Where & what?! Saturday 11th September: A 17 mile run in full Viking battle gear- chainmail, helmet, (blunt) weapons weighing over 15kg. It’s a historic route from Riccall to Stamford Bridge in Yorkshire (and yes, I’ll be pre-notifying the Police). During the battle (of Stamford Bridge…) a 3rd of the Viking army was left at Riccall with their ships, and when the Saxons unexpectedly arrived in force, they were called to join the main army, and fast!

Why dressed as a viking? Why not? I’m a history nerd, and recently joined a re-enactment group called The Volsung Vikings. They’re a great bunch of nut-jobs and I feel at home with them.